Hubby is the Youth Director at our church.  He loves having meaningful conversations with others, and pointing them to Christ through biblical instruction and intentional experiences. He also enjoys hunting, cold weather and cheering on Manchester United.  He is a huge Lord of the Rings and Hobbit fan (picture this- swords hanging in our hallway, action figures adorning shelves, and just guess how many times we have seen the movies)! Of course I am biased, but I think he is amazing.  By God’s grace he leads our family well.  The way he loves people is such an example to me.  I can be blunt and tactless, he often weighs his words more carefully.  It is with a lot of thought and love that he wrote the following post:

“You can mean something — but if you say it mean, no one can hear your meaning” (quote from Ann Voskamp’s blog, click here to read the post).

I like this quote…a lot!  Here is the issue I have with this idea.  We are conditioned to be so careful about what we say, as to not offend or upset anyone that we, more often than not, say NOTHING at all.

I wholeheartedly believe that we need to do everything we can to be at peace with others around us (Romans 12:18 “If it is possible, as far as it depends on you, live at peace with everyone”) and love those around us (Matthew 22:39 “Love your neighbor as yourself”).  I in NO way condone or even understand hating or discriminating against a person (or group of people) because of the way they live, the color of their skin, the country they are from, the things they believe, or the choices they make.

Having said that, we, as followers of Christ, are also called to “speak the truth in love” (Ephesians 4:15).  We are called to “Preach the word; be prepared in season and out of season; correct, rebuke and encourage—with great patience and careful instruction” (2 Tim. 4:2).  There are many other things we are called to do as followers of Christ and we often fall short and fail to do things the way Jesus would have done them.  It makes me sad that Christians, and the name of Christ, have been given a bad rap because some have responded out of their flesh more than being led by the Spirit (sadly I have handled things poorly at times too). 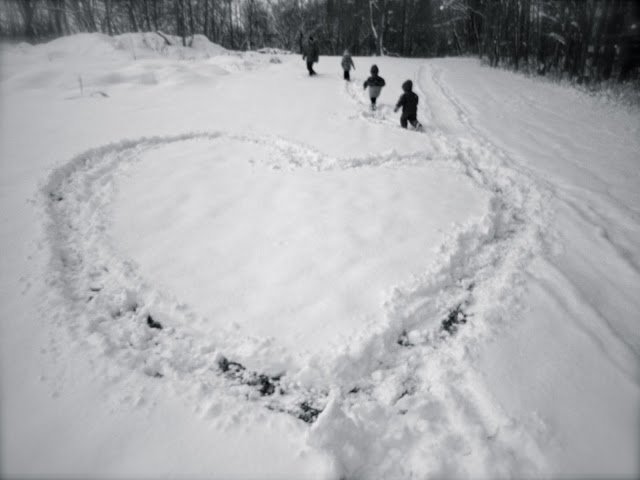 Here is where the dilemma lies.  We are supposed to “speak the truth” and do it with “love”, “great patience” and “careful instruction”.  How do we do that when the truth is what offends and angers people?  We can say something in a loving way, with great patience, and with a genuine heart of love and concern for someone and the truth is what will offend or anger them.  So do I not speak anything because I might offend someone?  Is that what Jesus did?

Jesus always acted out of perfect love and total concern for the souls of those He encountered; even when it was not perceived as such.  How did Jesus speak to people?

When Jesus was talking to the woman who was caught in adultery He called what she was doing “sin” and told her not to continue in it.  John 8:11, “And Jesus said, ‘I do not condemn you, either. Go. From now on sin no more.’”

When Jesus was talking to the Samaritan woman at the well He spoke truth to her about the fact that she had had five husbands and the man she was living with at the time was not her husband.  He called out her sin and spoke truth. John 4:16-18, “He told her, ‘Go, call your husband and come back.’ ‘I have no husband,’ she replied.  Jesus said to her, ‘You are right when you say you have no husband.  The fact is, you have had five husbands, and the man you now have is not your husband. What you have just said is quite true.’”

When Jesus was talking to the religious leaders of His day he called them “brood of vipers”, “fools”, “blind”, “hypocrites”, and “whitewashed tombs, which look beautiful on the outside but on the inside are full of the bones of the dead and everything unclean.”

Harsh? YES!
Done with tact? Seemingly NO.
The truth? YES.
Done out of love? YES.

He called them out and spoke truth, even though it was unpopular, even though eventually the truth would get him killed.  You see, Jesus loved them, and loves you and me so much that He endured trials, scorn, ridicule, torture, and death so that WE might know the TRUTH.  As His followers we are called to endure the same things (John 16:33, “In this world you will have trouble. But take heart! I have overcome the world.”  And in Mark 8:34, “And when He had called the people unto Him with His disciples also, He said unto them, “Whosoever will come after Me, let him deny himself, and take up his cross, and follow Me”).

Speak the truth in love, do it with tact, do it with great patience and careful instruction but SPEAK TRUTH!
The truth is the only thing that can set people free! In John 14:6 Jesus said, “I am the way and the truth and the life. No one comes to the Father except through me.” John 8:32 says, “Then you will know the truth, and the truth will set you free.”

We cannot be truly free without the truth. And the truth is Jesus and the guidelines He left us, found in scripture (The Bible).  It is not a popular truth but it is the truth nonetheless.

“When you disagree with someone — don’t dismiss them. Dialogue with them.
Exiling them, firing them, dismissing them doesn’t change them — or you.

“It’s a strange but powerful paradox that upends everything: Listening is what changes words”
(both quotes are from Ann Voskamp).

For such a time as time,

1.  Spend a few moments in prayer, asking God to help you evaluate your tone and the manner in which you speak.  Do others seem to listen to you or tune you out?  Why do you think this is?  Read through the book of James for some key verses on the tongue and the weight of our words.  Consider memorizing one of two of these verses.

2.  If you haven’t yet, read the book of Esther!  Esther was called upon to speak the truth, and there was a real possibility that she might lose her life if she did.  What would the consequences have been had Esther not spoken up?  What did Esther do, and ask others to do, before she spoke up?

3. Take some time to listen today.  Before you jump to conclusions or rush into an argument…ask God to help you hear what He hears, to see what He sees, to love like He loves.  Go to the truth, the Bible, and investigate what God has to say and may His voice ring loud and clear above all others.