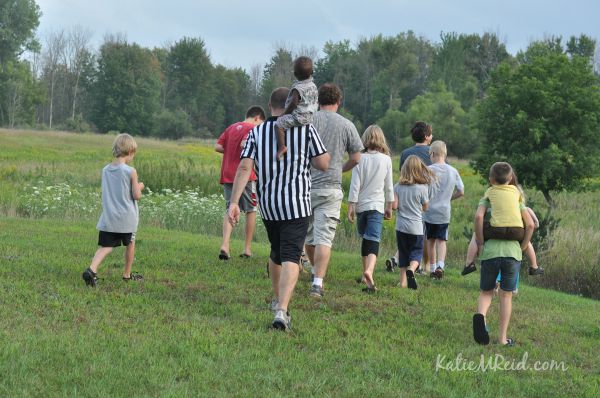 My friend was upset. She felt judged.

She and her husband were sending their children to public school—so they could be a light for Jesus there. They viewed the school and their community as a mission field and longed to make a positive impact on those around them.

But my friend felt “less than” and unsupported by others who had chosen different schooling options.

I’ve heard similar accounts from all “sides”. I hear the hurt in their voices.

We judge. We let rude comments fly and we fight each other instead of banding together to fight for our kids.

I’ve been on both ends of the stick—criticizing others and being criticized. But honestly, I want to be done with that.

God, help me to be done with petty disagreements. Help me to support others instead of taking aim with cheap shots.

Moms, we need each other—to cheer, to encourage and to lift up in prayer.

Let’s stop pointing fingers and offer open hands to support as we stumble through academia with our offspring.

I’m guest posting for Jenni DeWitt today, on her blog, Genuflected. Come on over as we take a closer look at this topic…