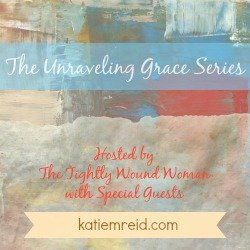 It’s time for another installment of the Unraveling Grace series. I’m glad you are joining us today for the words of my beautiful friend, Christy Mobley. Christy and I connected through Kelly Balarie’s, Purposeful Faith, where we are contributing writers. What an honor it is to know and love this woman. She is full of wisdom—she calls it life experience. Let’s give a warm welcome to Christy as she shares a secret part of her story. 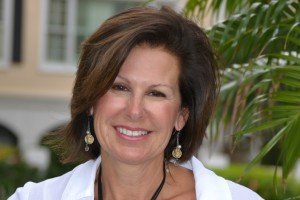 Christy is a wife, mother, mother-in-law, writer, mentor, and Life Purpose Coach. She is passionate about encouraging women to move forward, and press on through their struggles, seeking God’s presence in every bump and turn in the road. Christy is also a girly-girl who chases tennis balls for recreation and at the end of the day does her best thinking in the tub.

Twenty-five years ago I was a mom with a secret. One that had been burning inside me for the better part of five years—since my first child was born.

A secret so frightening I couldn’t give words to my thoughts. If I did, it might move them to action—give them legs by which they could march into my life and take over.

And I didn’t want to share it with God.

It’s funny how we think sometimes—like if we don’t tell God—He won’t know.

But for me, to tell Him how I felt, might mean I’d have to give Him what I had—my secret.

And the real truth?

I feared His will may not align with my wants.

It was in May of that year when I woke up with an unexplainable pain in a sensitive area. One I never experienced before.

When days passed and the pain continued with no relief, I went to see my doctor. He told me there was inflammation but had no explanation, only educated guesses.

He recommended I see his colleague who, sent me to another colleague, who sent me to someone else and so on. After numerous doctors and a plethora of tests there were no new answers, only more pain.

The affliction became debilitating—it consumed my every waking hour and conscience thought.

Every day I prayed and pleaded with God to help me but my prayers seemed to bounce off the ceiling and fall back hard. 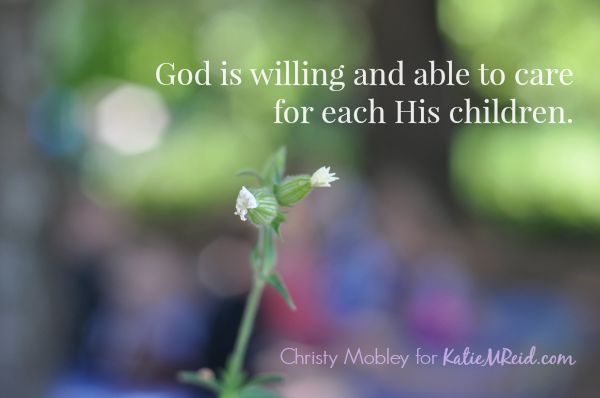 One afternoon when the pain was intolerable and the anxiety threatened to suffocate me, I locked myself in the bathroom, collapsed on the tile floor, and lashed out at God in anger. I shook my clenched fists in the air and wailed, Why? Why would you do this to me? Why would you let this happen? And why won’t you answer? What are you doing? I can’t even take care of my children!

I can’t even take care of my children.

There it was—my secret in formed words.

Since the day my first son came into the world I feared getting an illness that would prevent me from taking care of my growing family. It was an irrational fear I thought I could handle. But hidden away, it grew bigger than my hands could hold.

But that day on the bathroom floor, I broke.

What I had strived to hide was now exposed.

I prayed for forgiveness—for holding back. I gave voice to the fear and accepted the journey, whatever the cost.

I handed over my wants in trust to His will.

The pain was still heavy but my heart became light—my burden lifted. With just the whisper of a few syllables I experienced a freedom I hadn’t known for years and happiness I hadn’t tasted in months.

And oddly enough within weeks—as if flood gates had been opened—answers for the crippling pain came pouring in.

*Now armed with the information I needed, the appropriate testing led me to solutions—led me to healing.

Sometimes God has to walk us through the fire to free us from the heat (<===Click to Tweet).

Surrender and freedom, are an unlikely pair. They’re paradoxical in nature—antonyms by human standards, synonyms by God’s design.

“Has not God made foolish the wisdom of the world?”

You bet. And Amen.

Have you ever been afraid to surrender your wants to God’s will? What caused you to hold back? How did it feel when you let go?

What does freedom in Christ look like to you?

*A note about my strange pain. It was caused by oxalates in the foods I was eating. In some people, mostly women, eating these foods can cause burning and inflammation to the most sensitive skin areas.

P.S. If you think you may have a similar issue, like the one mentioned in this post, you might want to check out the VP Foundation.

P.P.S. Get caught up on all the Unraveling Grace posts:

January:    Hurts, Hope and Healing by Jennifer Watson
February:  For the One Who Doubts God’s Sovereignty by Abby McDonald
March:       Beating Inflating Fears by Kelly Balarie
April:          When Life Unravels and You’re Barely Hanging On by Bethany Huff and Function in Chaos by Renee Griffin
May:            Not that “Be Still” Thing Again! by Amy Dalke and Getting A Grip By Loosening It by Celeste Barnard
June:          Choosing Stillness by Courtney Stanford and Facing Mountains of Fear by Jenni DeWitt
July:            Pinning Control to the Carpet by Molly Dragert and Fears for Kids by Betsy DeCruz
August:      The Gentle Rock of Grace by Jennifer Frisbie and Sweet Surrender by Brandi Rennemeyer
September: Clenched Cords of Control by Jolene Underwood

P.P.P.S. We are taking a break from the Unraveling Grace series in October so that we can make room for the month-long series, The Restoration Project: Unwinding through rest and prayer for 31 days. Be sure to subscribe to my blog, if you haven’t already, so that you won’t miss any days of this upcoming series (subscribe by email, at the top of the blog). 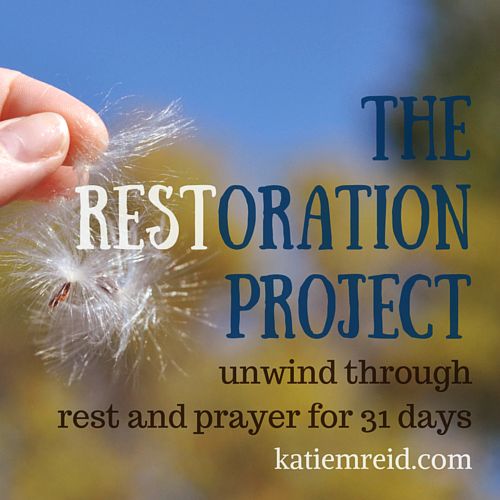